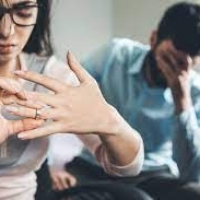 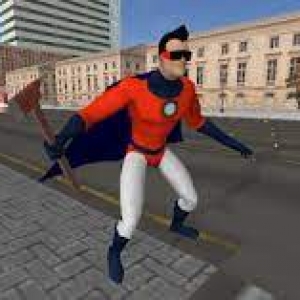 We bring to your attention the top free MMORPGs that you can play today.
The MMORPG genre is going through hard times - new games in this segment are released less and less. However, there is still a decent amount of quality and well-researched projects that find loyal fans.
LOST ARK
In October 2019, this long-awaited project from the Korean studio Tripod finally made it to the open beta stage in Russia .
The main feature of the game is the combination of the classic 2.5D camera and the familiar “tanks-DD-healers” class system (there are 18 classes in total in the game, each of which belongs to one of these archetypes) with modern game mechanics like phasing (when, when completing a quest, part of the open location becomes a mini-instance), a system of relations with NPCs (you can pump them not only with the help of quests, but also using emotions and other actions of the character) and an interactive environment in battles with bosses.
EVE ONLINE
This game is the most "paid" of all the free projects on our list. Until 2016, you could only play EVE for free for a few weeks - after that you had to pay for a subscription. Now, with some restrictions, you can play without donation as much as you like. However, no one bothers to accumulate enough in-game credits and pay for a full-fledged account with their help - this opportunity has been here almost from the very beginning.
Regardless of the account you choose, grandiose space battles, a magnificent simulation of the galactic economy, a huge amount of content and almost endless leveling await you - no one has been able to fully learn all the available skills in the 16 years of the project's existence.
NEVERWINTER ONLINE
Contrary to prophecy, Neverwinter has not become another banal Asian MMORPG racing games unblocked online with all the consequences or just a modified version of D&D Online. The game received a lot of accolades, found a huge number of loyal fans and is consistently included in all the tops of the genre.
When generating a character, the player is offered a wide selection of races and classes, and the game itself suggests which class suits you best, taking into account racial predispositions. As you level up, a lot of opportunities open up: dungeons and arenas, a complex and interesting crafting system , unlimited useful professions, companions ready to support the character in battle, and even creating quests on your own.
The client can be downloaded in Russian.
LINEAGE 2
Sometimes fans of the genre joke that the world is divided into World of Warcraft fans and Lineage fans. In many ways, game universes are similar, but there are significant differences. For example, PvP in Linear is much more hardcore: if you hit someone, a conflict is already brewing that can turn into a massacre with dozens of victims. Guilds here often unite not so much to roam the dungeons , kill monsters and knock out equipment and other useful things from them, but to arrange large-scale battles in which the blood of one’s neighbor flows in streams.
Lineage has all the elements of a classic MMORPG : choice of race and class when generating a character, development paths, the possibility of solo leveling and group PvE and PvP campaigns, thousands of quests and other features for which we love such projects racing games unblocked 66.
Publicado en Car en abril 14 at 04:50
thumb_up 0
share Compartir
0 people liked this
Comentarios (0)
arrow_forward arrow_back
Cookies on De Gente Vakana.
This site uses cookies to store your information on your computer.
Leer más east Aceptar done Deny remove